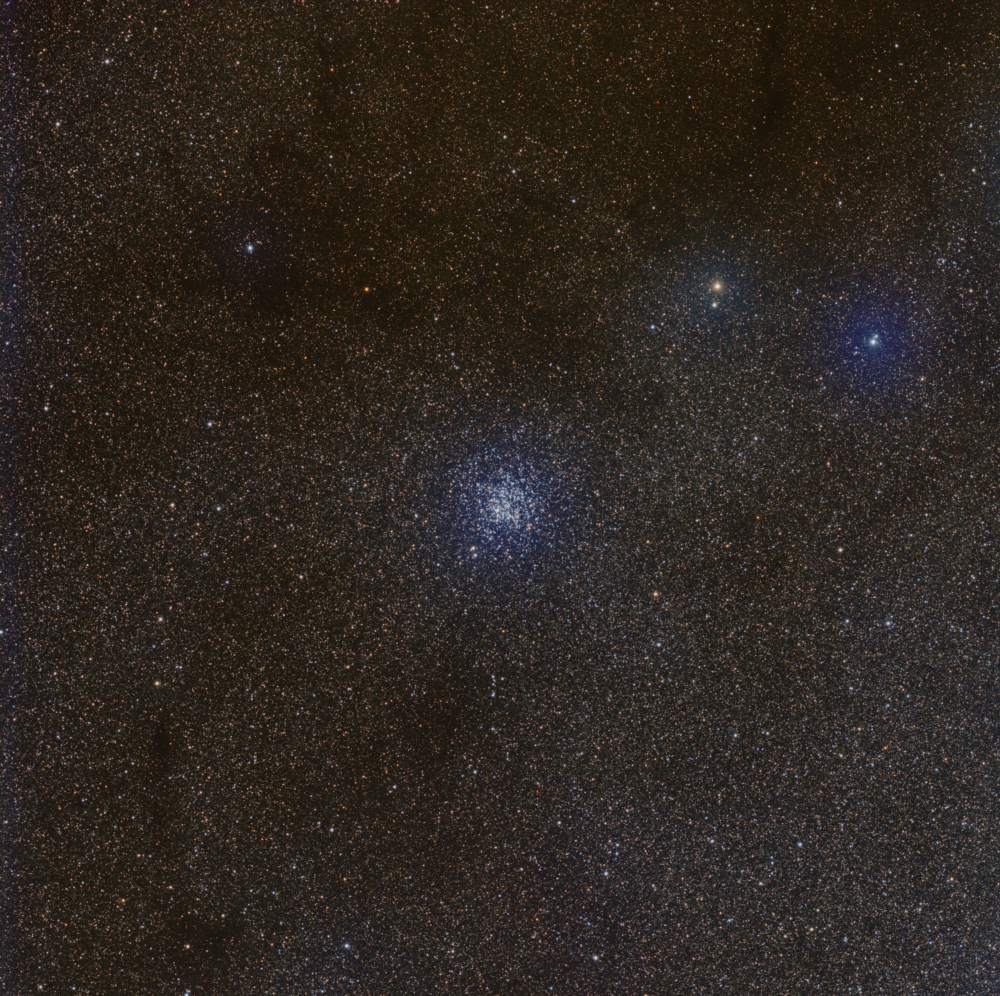 Messier 11 was discovered by Gottfried Kirch almost 100 years prior to its inclusion in the famous Messier catalogue. It was named the Wild Duck Cluster by visual astronomers due to the triangle formed by several of the brighter stars. In this longer exposure image, there is nothing resembling a formation of flying ducks. Located in the constellation Scutum, it is nearly 6100 light years distant to earth. The cluster is embedded in a dense area of stars and dark nebula. The dark area located just below M11 is known as Bernard 318.