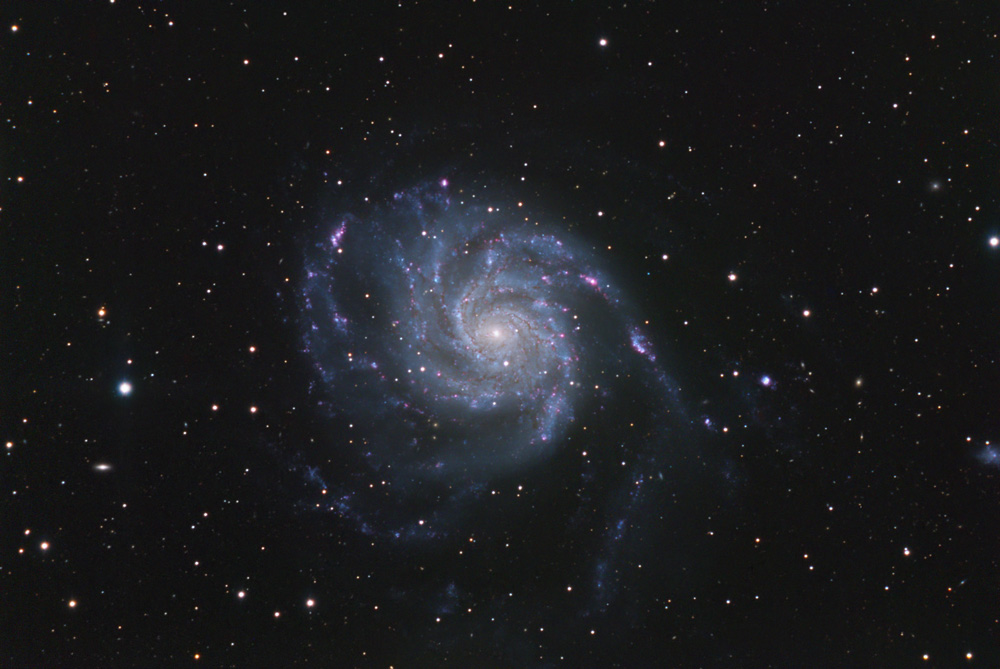 Often times referred to as The Pinwheel Galaxy, this spiral galaxy is located in the constellation of Ursa Major. It was initially discovered by Pierre Mechain in 1781. It was catalogued by Charles Messier in his collection of objects now commonly called the Messier Catalogue. This image was taken with the Astro-Physics AP160EDF refractor.