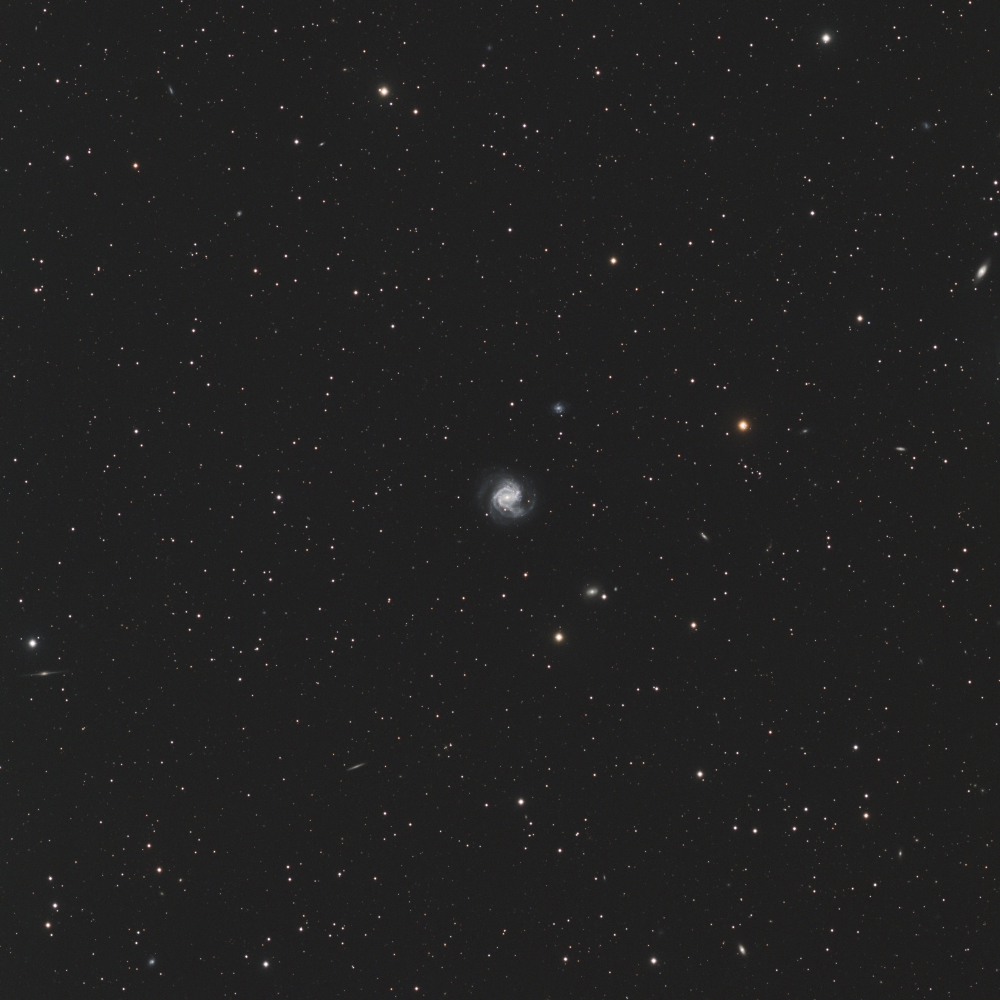 M61 is located in the constellation of Virgo. It is one of the largest galaxies in the Virgo Cluster, but is so distant it appears very small in this field of view. For a comparison, see the Andromeda Galaxy. M61 is a barred spiral galaxy that has had seven observed super nova in the last 100 years. There are numerous background galaxies in the image including NGC 4303, NGC 4292, which are the two closest to M61. This image was taken in May of 2016 using the Astro-Physics AP160EDF refractor.