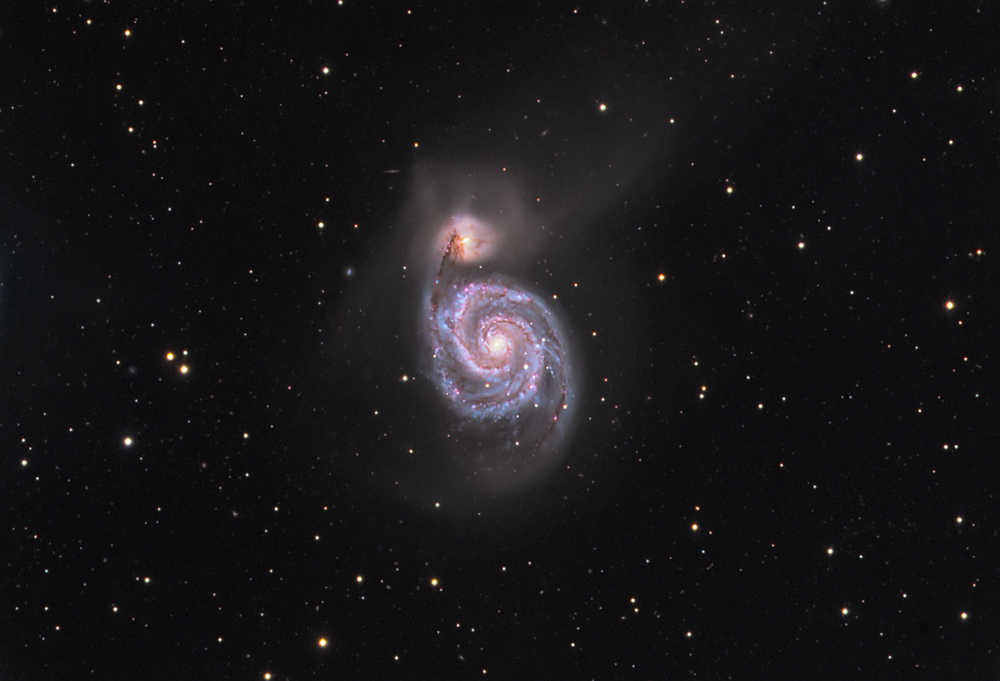 Commonly called the Whirlpool Galaxy, it is also known by it’s designation in the Messier collection as M51. It is the large spiral galaxy in the image. The smaller “blob” above it in this image is actually NGC5195, a companion galaxy. M51 was first discovered by Charles Messier in 1773, the companion galaxy was subsequently discovered by fellow French astronomer, Pierre Mechain in 1781. M51 is easily seen in binoculars under dark skies. The image was taken with the Astro-Physics AP160EDF.