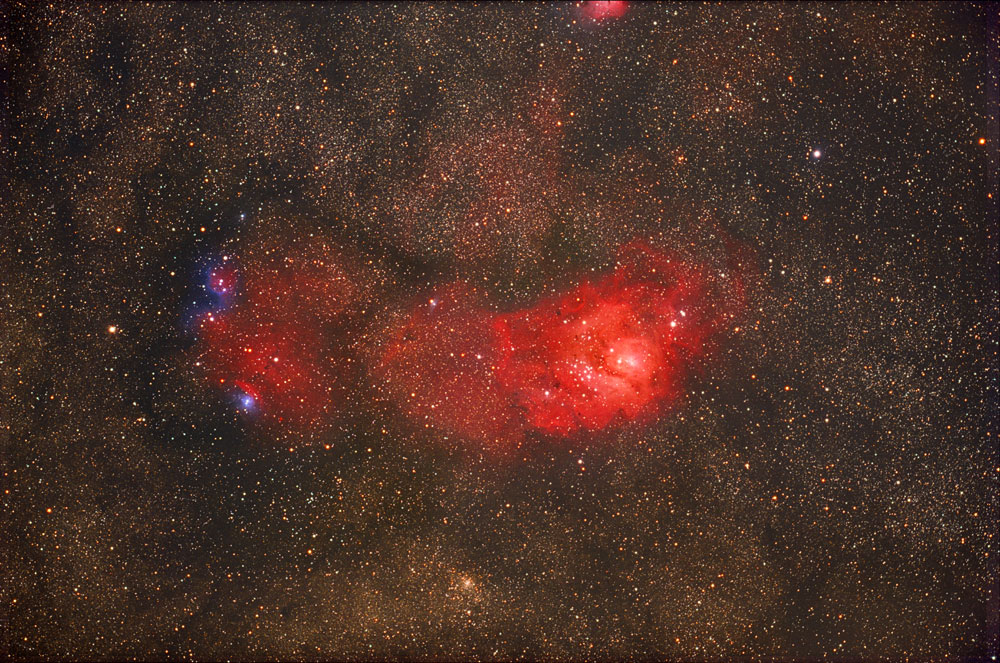 The Lagoon Nebula, M8 is located in the constellation Sagittarius. Charles Messier included it in his catalogue of comet like objects during his search for comets. Portions of the nebula are bright enough to be seen visually in telescopes at dark sky locations. This film image was taken with a Tele Vue NP-101 on an Astro-Physics Mach 1 GTO mount. An Olympus OM-1 camera and hyper sensitized Kodak Royal Gold 200 color film recorded the image over 2 hours. 15 October 2004 Peach State Stargaze.